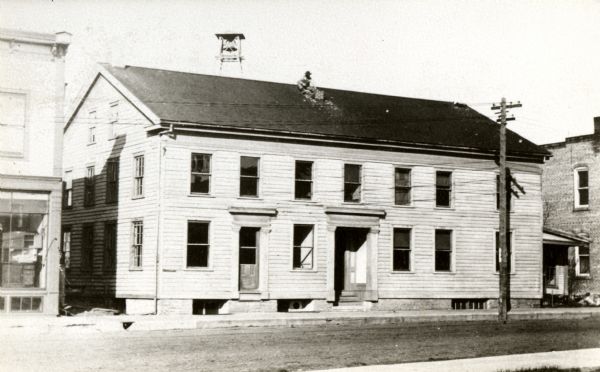 On Saturday, October 27, 1900 the public library in Prairie du Sac opened for the first drawing of books.  A reception was held the Friday evening before from 7-9 PM featuring the Prairie du Sac Brass and Reed Band.

The Baxter House at 565 Water Street was the first home of the library.  Originally, the building was rented and eventually purchased by the Village in 1902 for $2,000 from Adolph and Ida Zantow.   The Baxter House was the first hotel in the community and was known as a place of entertainment for travelers and hosted dances.  It was purchased by D.K. Baxter soon after it was built and later sold to the Zantows.  The Baxter house served as a village hall, library and jail until the building was moved to make room for the construction of the Tripp Memorial Library.  Photo Credit: Tripp Heritage Museum 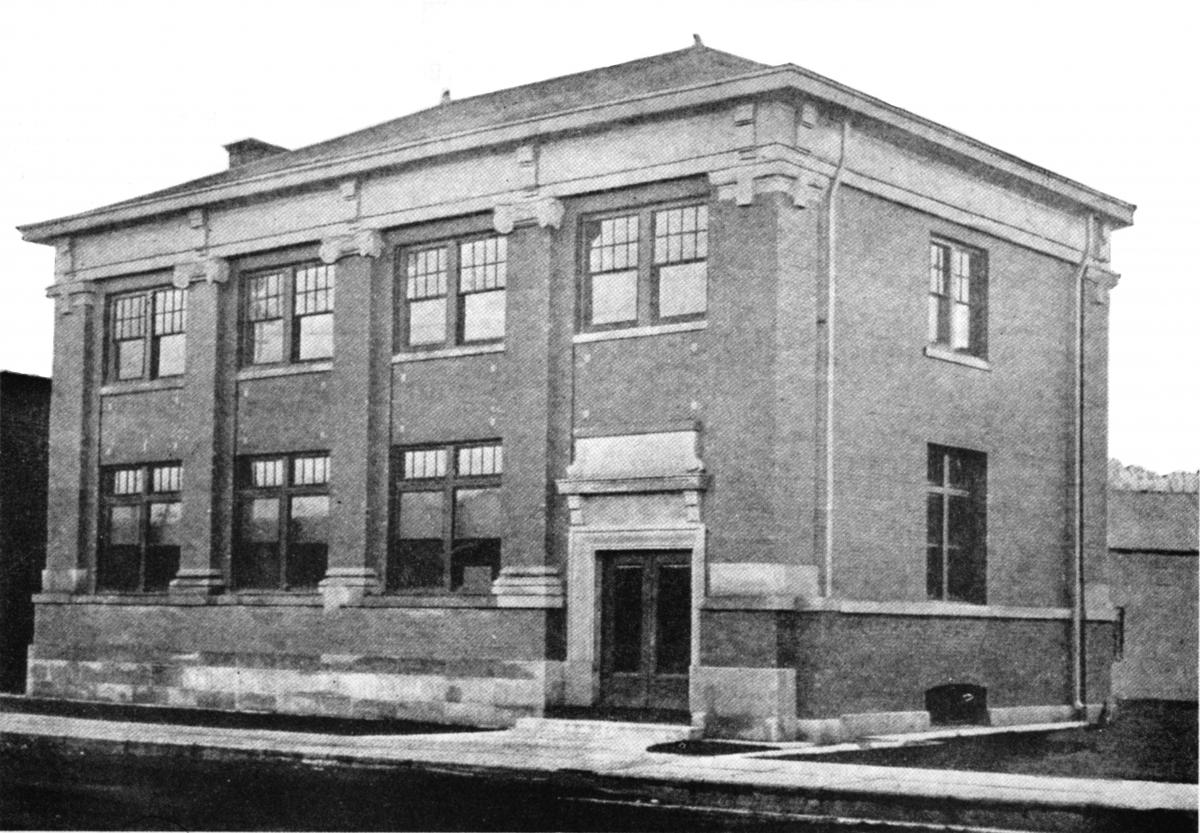 The Tripp Memorial Library was named in honor of its benefactor, J.S. Tripp.  In 1912, Tripp donated $10,000 to the Village of Prairie du Sac for the purposes of building a public library and Village Hall.  Tripp served as the Village President for 20 years, clerk for 16 years and also as a county supervisor; professionally, he worked as a lawyer, postmaster and chief officer of the Sauk Bank.  The cornerstone was laid on October 17, 1912.  The library re-opened to the public on Tuesday, September 30, 1913.  The architect was Joseph Dresen of Prairie du Sac with Alfred Clas, a Sauk City native, from the Milwaukee Firm of Ferry and Clas as the consulting architect.  In 1978, two murals depicting the community’s history were added to the side of the building by artist Michael Connors of Spring Green.  When the library relocated again in 1997, the historic structure was purchased by the Sauk Prairie Area Historical Society for $1.  Photo Credit: Tripp Heritage Museum 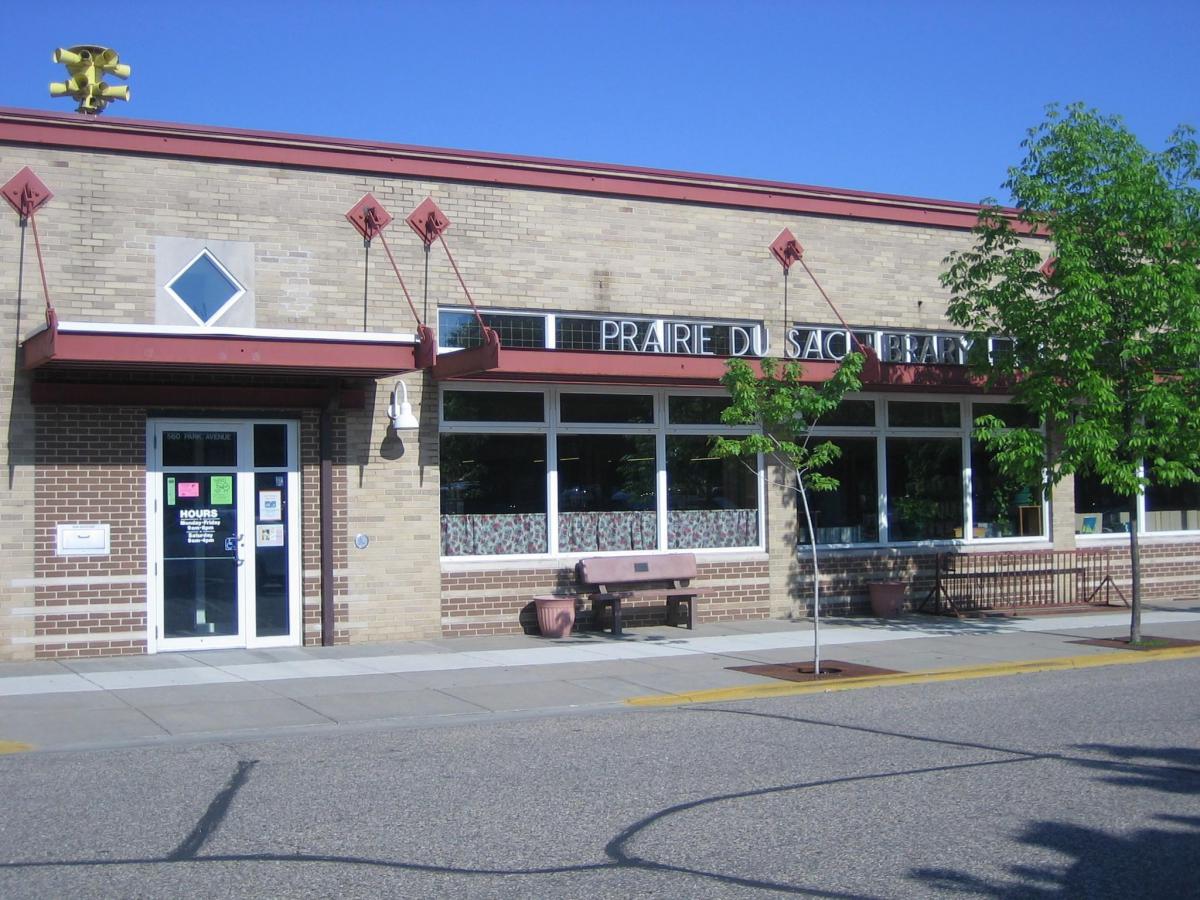 In February 1997, the Prairie du Sac Library opened at 560 Park Ave., immediately behind the Tripp Memorial building.  The building that formerly housed the Prairie du Sac Village Hall and Fire Station had been renovated for a new library space.  The bay doors for fire trucks were converted into large windows letting light into the library.  The architect was Potter Design Group, a Madison firm.  A dedication ceremony was held on Sunday, June 8, 1997.  This library served from this location for 15 years with its last open day being May 31, 2012.  Photo credit: Prairie du Sac Library 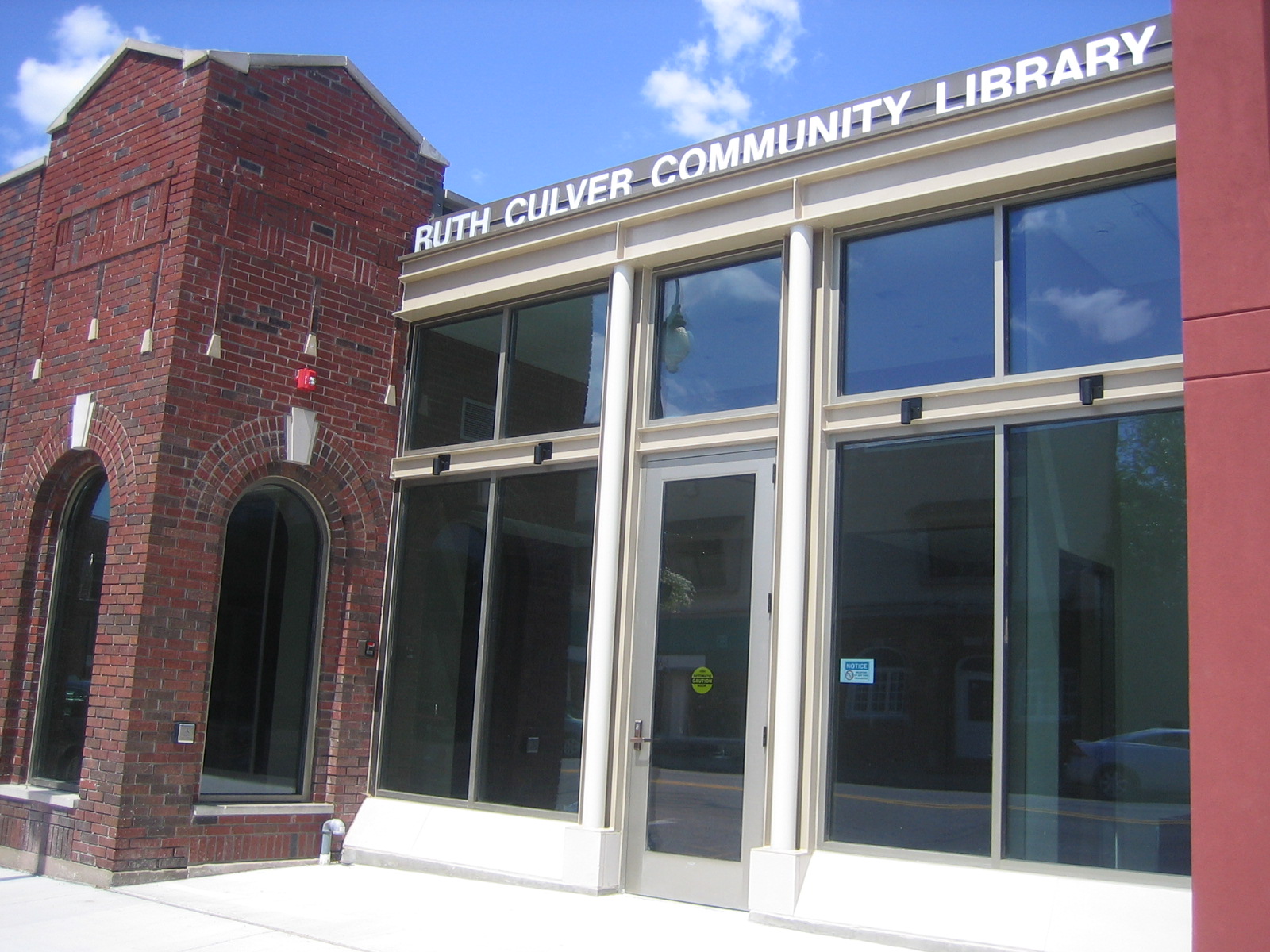 The grand opening of the Ruth Culver Community Library was held on Saturday, June 16, 2012.  The building was donated to the Village of Prairie du Sac in memory of Ruth Culver by Culver's Franchising System, Inc.  The building at 540 Water St. was expanded and renovated into the Ruth Culver Community Library.  River Architects was the architect and Miron Construction was the contractor.  Originally, built in 1922 - this building would be home to the Schmalz Brothers Garage, Bohn Oldsmobile, and the Firehouse Restaurant.  Photo credit: Mollie Hoffman